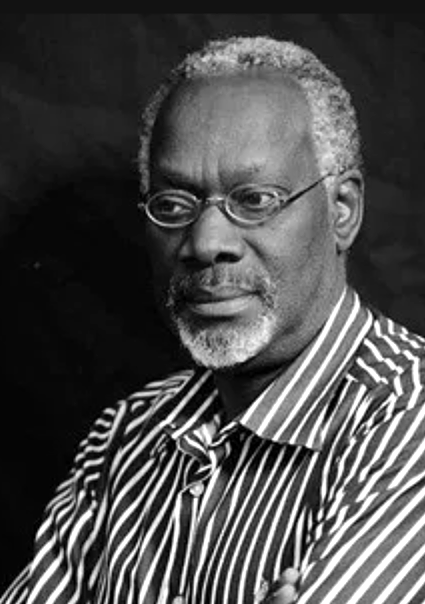 Bankole Ajibabi Omotosho (born 21 April 1943), also known as Kole Omotoso, is a Nigerian writer and intellectual best known for his works of fiction and in South Africa as the "Yebo Gogo man" in adverts for the telecommunications company Vodacom. His written work is known for its dedication and commitment to fusing a socio-political reappraisal of Africa and respect for human dignity into most of his works.

Kole Omotosho was born into a Yoruba family in Akure, Ondo state, Nigeria. He was raised by his mother and maternal grandparents after the death of his father. Though the lack of a father figure could crush a young Nigerian boy, the events of his early childhood contributed a great deal to his development as a man and also as a writer. Omotosho was educated at King's College, Lagos, and the University of Ibadan and then undertook a doctoral thesis on the modern Arabic writer Ahmad Ba Kathir at the University of Edinburgh.

Omotosho returned to Ibadan to lecture on Arabic studies (1972–76), then moved to the University of Ife to work in drama (1976–88). He became a writer for various magazines (including West Africa) in the 1970s and was well known among Nigeria's literate elites. His major themes include interracial marriage, comic aspects of the Biafran-Nigerian conflict, and the human condition—as exemplified in friendship between the Yoruba and the Igbo and in relationships between children and parents.

He also writes a number of columns in African newspapers, most notably the "Trouble Travels" column in the Nigeria’s Sunday Guardian. In 2013, he became a Patron of the Etisalat Prize for Literature.

In the mid-1990s and 2010s he appeared as the “Yebo Gogo man” in a number television advertisements for Vodacom mobile phones.

Omotosho grew up during the rising tide of radical nationalism and was enamored by the potential that lay in the future of his country. His fiction ranges widely over the human condition, and themes include intergenerational and interracial relationships. Fela's Choice is an early example of Nigerian detective fiction. However, with the ascent of social and political decay, a few years after independence, he became deeply interested in writing about fiction. Fiction was an avenue that exists apart from the decay of real life and where deep reconstructions about life and ideas come true. It was also an avenue to experiment on social and political ideas for societal change and advancement. Omotosho’s non-fiction is wide-ranging in subject matter.