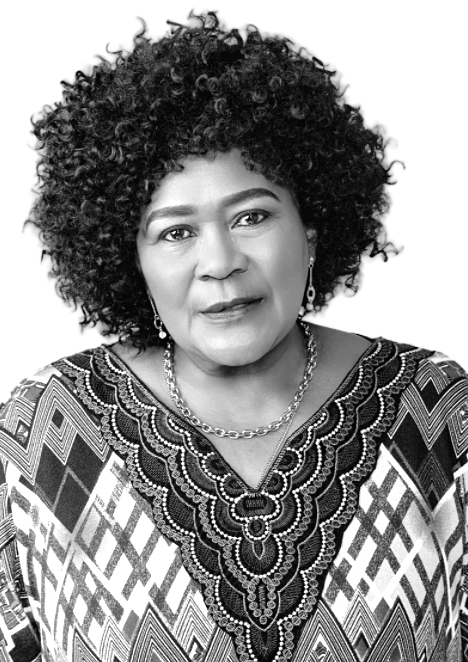 Connie was born in Welkom on June 5th, 1952. Her father was Malawian and her mother a Zulu. She attended primary school in Welkom and High School in the Eastern Cape. Upon completion she did her training as a nurse. She left and pursed a teaching career. In 1976, after Connie got her qualification in teaching, she taught for a while.

Her career in showbiz debuted in 1977 when she joined Sola Sola, a musical show which toured Israel and Greece. Entertainment is where her passion always was. Unfortunately, during those days acting and singing were frowned upon and not considered as a career.

Connie as a child thought she would become a singer. She has toured in different countries with the World Popular IpiNtombi.’

She is involved with various community projects. She is also the chairperson for the Centre of Africa, Social Capital Development and has served as a deputy president of PAWE - Performing Arts Workers Equity.

A motivational speaker who is passionate about the development of youth and women. She is also a programme director, a presenter, a mother and grandmother.

Irrespective of her age, Connie wakes up every day renewed and rejuvenated for more opportunities in her career.

The highlight of her 40th year in the industry was being able to give workshops nationwide through “The Business Of Acting” and being part of the famous Black Panther feature film. She was also part of the Essence Festival in Durban providing workshops to young people.

Connie has co-produced and written an all-woman show called Bubbly Bosoms. She has an events company that coordinates events locally and internationally.