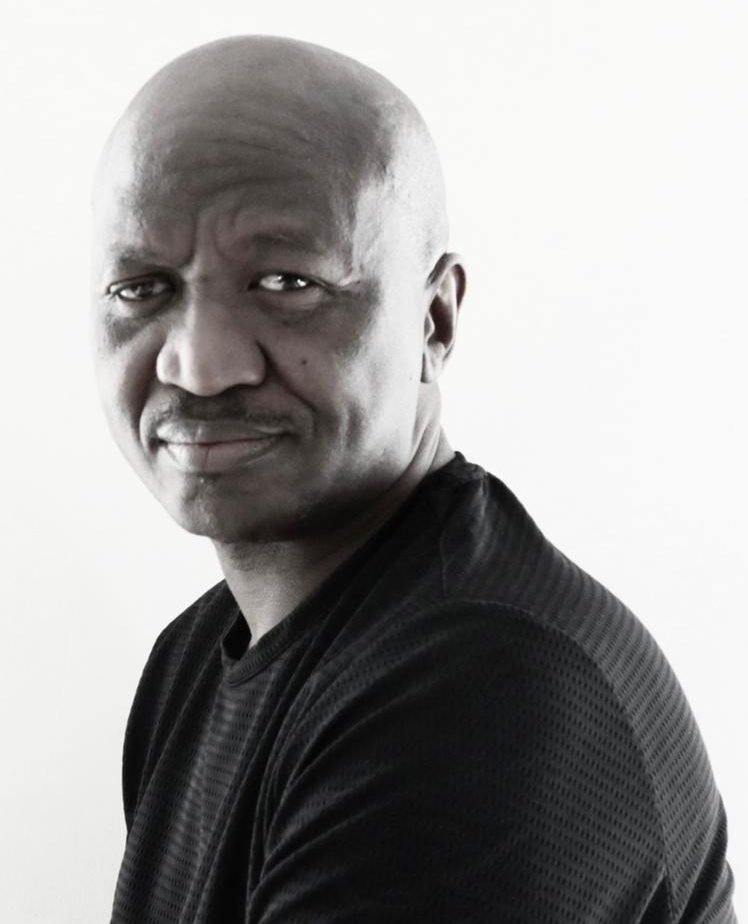 Fana Mokoena is a South African actor, born in a small town called Kroonstad in the province of the Free State. He is an avid reader, a philanthropist and a social activist. He was also a member of Parliament in the Republic of South Africa for 8 years  - a position he withdrew from to concentrate on the Arts.

A small town boy who caught the Thespian ‘bug’ at the tender age of 6, Fana Mokoena started performing at family gatherings, entertaining his friends by singing and mimicking famous television characters. His first professional acting role was at the age of 16 while he was still in high school. He played a troublesome, rogue black man who harasses a white family who lived on his ancestral land. The double-bill play ran at the Market Theatre.

Fana then went on to study Drama at the University of Cape Town, after which he went to join the Playhouse Theatre Company as a full-time member.  He played roles in Shakespearean works like Twelfth Night, American plays like All God’s Chillun Got Wings and original works by playwright and director Lara Foot. It was Lara Foot who first introduced Fana to his casting agency, MLA, and he has been with them ever since.

His first television role was in a controversial TV series called The Line, in which he played Tebogo, a young activist who gets caught up in the political violence of 1991 between the African National Congress and the Inkatha Freedom Party. This television series became an icon of its time and enjoyed enthusiastic audiences in the UK and the US.

He then featured in another television project, 52 Regent East, in which he played a young doctor. He was also featured in the movie Inside featuring Ice Cube. This was Fana Mokoena’s first brush with Hollywood. He was then recruited to join a famous South African soapie, Generations, which he stayed with for 4years.

After leaving Generations in 2004, he featured in In My Country with Samuel L. Jackson. In the same year, he featured in another Hollywood film Hotel Rwanda, in a supporting role as General Bizimungu, alongside Don Cheadle.

Fana went back to television to take the lead role in the series The Lab as Jaws Bengu, a shrewd businessman who gets into all kinds of professional and personal shenanigans to save his company.  He was awarded the Best Actor Award at the South African Film and Television Awards (SAFTAs) for this role.

In 2010 Fana landed a part in John Vorster’s Machine Gun Preacher, alongside Gerard Butler. Mokoena played the South Sudanese freedom fighter, John Garang. In 2011, John Vorster called him back to play in the blockbuster he was directing, World War Z with Brad Pitt in the leading role. Mokoena played a supporting role as the most powerful man in the world after it was hit by a Zombie pandemic which kills the President of the United States and the General Secretary of the UN. Fana’s character was Thierry Umutoni, the Deputy Secretary of the United Nations. In that year, Fana was billed among the Top 20 African actors who were on the verge of entering Hollywood.

In 2011 he played a supporting role in Akin Omotoso’s Man on Ground, for which he received the Best Supporting Role Award at the Africa Movie Awards in Lagos Nigeria. He has since been in a number of leading roles in films such as Small Town Called Descent, Hopeville and State of Violence.

In 2013 Fana entered the opposition politics in South Africa, a move he made sighting irretrievable damage to the political fibre of the country.  In 2014 he was elected into parliament by his party, serving first in the National Council of Provinces (NCOP), and later in the National Assembly. There he served in many Portfolio Committees carving out legislative frameworks and holding the Executives accountable.

In his spare time, Fana Mokoena enjoys drawing, writing, creating music and building business ideas. He is an avid supporter of the creative space in whatever form it presents itself. He will continue to create works that make a social impact. Art and social change are his pinnacle passions. He is currently writing a 9-part business thriller for his company, Praise Poet Pictures, with a focus on work that places Africa in global affairs.