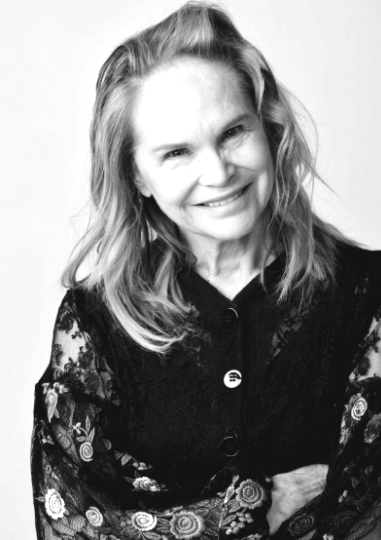 Multi- Award winning star of stage, screen and television, Grethe Fox, earned her B.A. degree in Drama at the University of Cape Town followed by post graduate studies at the Jacques Lecoq Theatre and Mime School in Paris. She has played leading roles in more than 100 stage productions and countless TV series, dramas and feature films

Grethe won a Vita award for her role in Deon Opperman's ‘Women in the Wings’ (written and directed by Dean Opperman.)

In 1999, she won an Avanti television award for her role as the daffy Dolores de la Rey, in Katinka Heyns's first series ‘Onder Draai Die Duiwel Rond’ and appeared in the second series, directed by Tobie Cronie.

Grethe will be remembered for her role in the acclaimed film and mini‑series, ‘The Fourth Reich’, which was directed by Manie van Rensburg and won her an Artes and a Tonight award and a nomination for an M‑Net Film award. She won an M‑Net Film award for her performance in ‘The Good Fascist’, directed by Helena Nogueira which were screened internationally.

In 2002 Grethe produced and acted in ‘Die Goue Seun’, directed by the top South African director,Marthinus Basson, which won two major awards at the Oudtshoorn Festival: one for best drama production and one for best actor and newcomer.