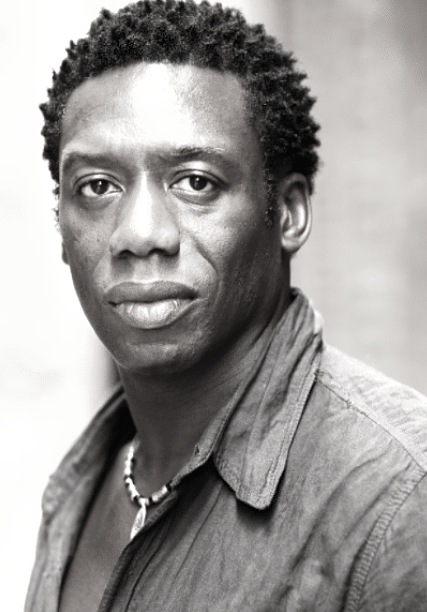 From Blockbusters to the primetime small screen, Hakeem Kae-Kazim has made his impact in the world of entertainment and has worked alongside many industry greats.  This talented actor gained international notoriety for his wonderful portrayal of George Rutugunda in the Oscar-nominated film Hotel Rwanda, which led to leading roles in the TNT movie Librarian 2; opposite Noah Wyle, and The Triangle opposite Eric Stoltz and Sam Neill. Enjoying playing feisty and exciting characters, Hakeem’s list of impressive credits include Pirates of the Caribbean III, Lost, Cane with Jimmy Smits, Law & Order: SVU with Mariska Hargitay, The Triangle with Sam Neill, The Librarian with Gabrielle Anwar, X-Men Origins: Wolverine with Hugh Jackman, The 4th Kind alongside Milla Jovovich and Darfur with Billy Zane.

Hakeem is often recognized for his recurring role as Colonel Dubaku, through which he wowed audiences with his stunning performance in 24’s’ Season 7, and in the prequel movie Redemption. Hakeem both produced and starred in Black November with Mickey Rourke and Kim Basinger, as well as the award-winning film Man on Ground and Last Flight to Abuja. Hakeem’s recent films include Half of a Yellow Sun and A Chance of Rain

His distinctive voice has also been shared in many popular video games including Halo, Call of Duty and The Bourne Conspiracy. Hakeem is well loved for his TV work, which recently has included many primetime shows including Human Target, Criminal Minds, NAVY NCIS, Law and Order, Covert Affairs, Strike Back and Gotham. He also starred as Mr. Scott in Michael Bay’s exciting series Black Sails, which was commissioned for a third series, also starring as The Prophet, in NBC’s Dominion, and as Samson, in the exciting miniseries Roots.

In the BBC/Netflix drama Troy – Fall of a City, Hakeem starred as Zeus and voiced the role of Krogan on the Disney Channel’s hit series How to Train Your Dragon. Hakeem's recent films include 24 Hours to Live and the drama Serenity, starring Mathew McConaughey and Anne Hathaway. He also appeared in the US drama Forty North and joined the remake of the classic TV series Dynasty starring as the Colby Patriarch.