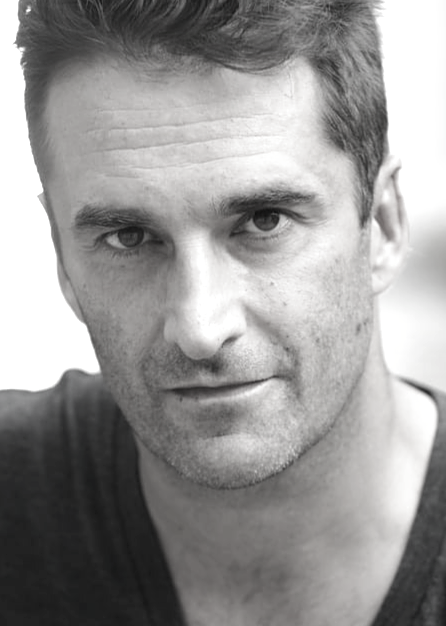 Jason was born and raised in Johannesburg, South Africa. He graduated from the University of the Witwatersrand in 1992 with an honours degree in Dramatic Art. From the start, his career in South Africa yielded an impressive range of work. As a prolific theatre actor he proved equally at home with the classics; (Romeo and Juliet, Anthony and Cleopatra), comedy; (Mojo, Beyond Therapy), and the absurd; (Metamorphosis, Wombtide). Apart from being celebrated for his versatility in South African television, he also appeared in several international productions including; Wild at Heart (BBC), The Philanthropist (NBC), and Jozi H (CBC and SKY). His uncanny ability for characters and accents also made him one of South Africa’s most sought after voice over artists. He notably voiced the character of "Snarly" in Jock of the Bushveld, the first full length animated feature to come out of the continent.

Jason's conception, scripting and direction of dozens of corporate theatre and video pieces over the years have won him three Lurie awards. As a puppeteer, he used the massive popularity of his character Mr Chinwag to assist the Reach for A Dream foundation, a charity that helps children with terminal diseases to fulfil their final wish. In addition he taught radio voice technique at the Actors Centre in Johannesburg and clowning and drama to troubled youths in the township of Westbury.

After a critically acclaimed performance in Moliere's The Miser at the famous Market theatre in Johannesburg in 2012, Jason decided to set his sights on the big pond. He was awarded his green card in 2013 and has been based in Los Angeles ever since. In his first year he landed the recurring guest role of Gus in season 4 of Chicago Fire. In the same year he opened his voice over account in the U.S.A by lending his tones to various Lego characters and more recently to the video games Gears of War (2015) and Uncharted 4, A Thief’s End (2016). In March 2016 Jason returned to his homeland to play Joe Slovo opposite the likes of Laurence Fishburne and Orlando Jones in the BET in the miniseries Madiba.

When not acting Jason is an ardent wildlife conservationist and kitty foster parent. His passion for hiking and diving have seen him cover a fair chunk of the globe. In 2011 he fulfilled a lifelong dream by completing the Camino de Santiago de Compostella pilgrimage across Northern Spain.