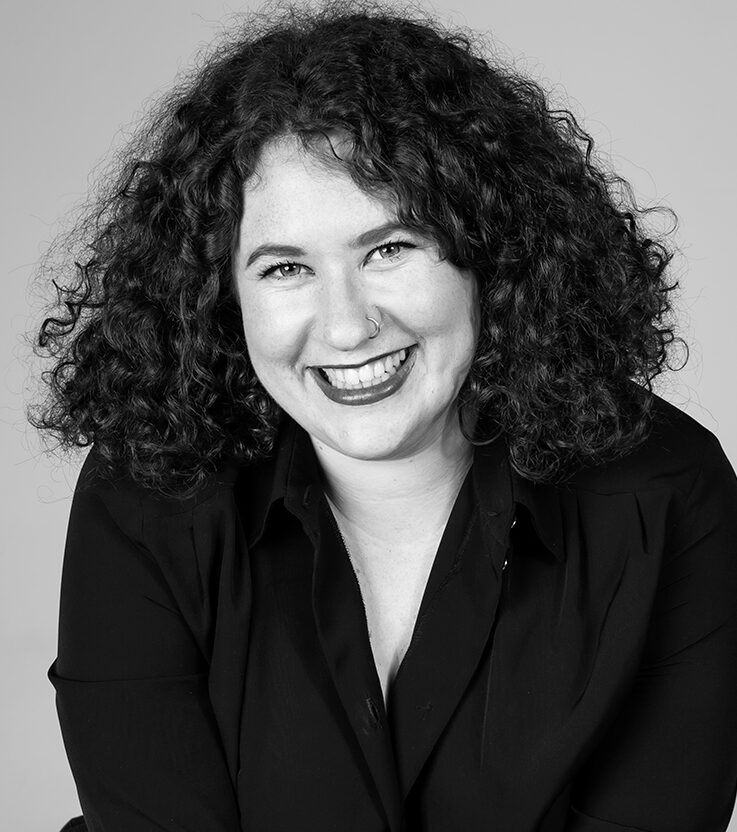 Kate has extensive theatre experience, she spent two years performing Athol Fugard’s My Children! My Africa! at the Artscape (2017, 2018), directed by Roy Sargeant. In 2018, she took on the comic Shakespearean role of Hortensio in the critically acclaimed all-female production of The Taming of the Shrew at Maynardville Open Air Theatre, under the direction of Tara Notcutt. Kate returned from the 2018 National Arts Festival as a double Ovation award-winner, receiving acclaim for her debut theatrical one-woman show, Medusa Incarnate, which she wrote and performed, as well as her performance as the AI system SUSANN in dystopian future sci-fi, Gaslight. In 2019, Kate received an Ovation award for her two-hander stand-up comedy show, Frizz Pop, with comedian Lindy Johnson.

In 2019, a Frizz Pop line-up show was taped by Black Sheep Films and is currently streaming on Showmax. Kate has been consistently rising up in the comedy scene and has taped two line-up comedy specials for Mannequin Films, Laugh At First Sight, (DSTV on Demand) and Funny People Africa (Showmax). In 2019, Kate performed at the Kings and Queens of Comedy Valentine’s Day Edition at Emperor’s Palace, she was featured in the 2017 Next Generation Showcase at Grand West, and also graced the October 2019 cover of Khuluma, Kulula’s in-flight magazine, which regularly features noteworthy comedians.

She has most recently been seen as Taryn Wiener in the Showmax hit Tali’s Baby Diary, the sequel to the successful first season Tali’s Wedding Diary. In June 2021, she will appear in the SABC2 sketch and stand-up comedy series, Comedy Mixtape.