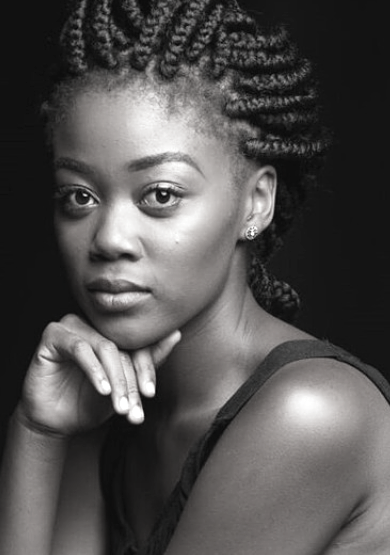 Khomotso Manyaka is from a small town called Dennilton in Elaansdoorn, Limpopo. She was originally a singer in the now Internationally known, Ndlovu Youth Choir.  Discovered at age 11, Manyaka featured in Life Above All where she received her first SAFTA in 2012 for best actress in a feature film, as well as recognition by Glamour Magazine as their 2011 Woman of the Year and  Top 10 best performances in TIME Magazine. Later Manyaka received an award for best actress at the Durban International Film Festival. This was then followed by a prestigious recognition of Roger Ebert at the Roger Ebert Film Festival were she received the THUMBS UP award for best actress in a feature film.

Manyaka went to the National School of the Arts were she majored in Dramatic Arts, then went on to Oakfields College to further educate herself in film experience and it was there that she majored in Film, TV and Video Production, where she worked closely with Oliver Scmitz behind the scenes. Manyaka has, so far, worked as a camera operator trainee on 3 WAY JUNCTION, co-wrote, produced and directed her first theatre play on men abuse in 2019 titled Naked Truth. In the same year she was fortunate enough to assist on the soon to be released, Professionals, with Irish Producers Katy and Jeff Most as well as South African Producers Lwazi Manzi and Michael Auret including being a Director's Assistant to Oliver Schmitz. Currently also a tutor on Super Prof as a professional actor.