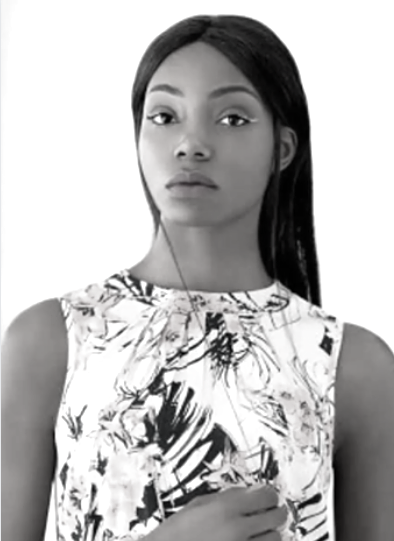 Malaika's debut on a grand stage was as a contestant in the 2011 edition of the Miss Zimbabwe beauty pageant. A strong showing saw her being crowned and making history as the youngest winner ever of her country's national pageant. This win gave her automatic entry to the Miss World pageant where she emerged in the top 15.

While earning accolades through telling stories on the catwalk and in the studio, a burning desire to express herself even further saw Malaika enrolling at AFDA School Of Motion Picture Medium And Live Performance for a Bachelors Of Arts In Performance.

An aptitude for interpreting various scripts and bringing to life multi-layered characters has seen Malaika excel in her studies and class productions.

Equally comfortable on the stage or in front of the camera, Malaika's goal is to tell African and human stories in an empathetic yet technically proficient manner.