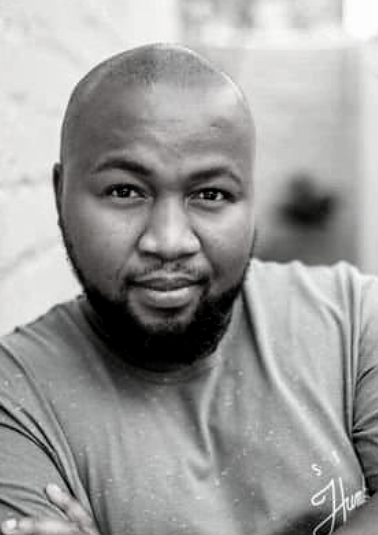 Started his acting career in 2002 at the Mmabana Cultural Center, when he did a Full time Drama course and then moved to Pretoria to join The South African State Theatre Development under the Mentorship of Mpumelelo Paul Grootboom, where his Professional journey started.

During his years at The State Theatre Mandla worked on a number shows Written and Directed y Mpumelelo Paul Grootboom namely ‘Cards’ and which had successful season at the State Theatre and The Market, and ‘Relativity – Township Stories’ which also had very successful runs at the State Theatre and The Market theatre , and went on a 3 months tour of the UK in 2006 and played at a number of festivals in Europe. Other successful theatre productions he worked on are ‘Sarafina’ Written and Directed by Mbongeni Ngema and staring Leleti Khumalo. Mandla also did some classics by William Shakespeare, ‘Romeo and Juliet’ Directed by Clare Stepford, where he played the role of Paris, and also played the role of Brutus in ‘Julius Caesar’ directed by Clara Vaughn

After 8yrs being on the stage and learning everything he can about the craft of acting in 2010 he made his move to Television. His first Television job started as a 3months contract and ultimately grew in to a 3yrs journey on what was the Most watched soapie at the time playing the role of ‘Choppa’. He also stared in a Comedy show playing the role of Solomon on a show called Gauteng Maboneng for which he won with two (2) SAFTA awards in the category of “Best Lead Actor in A Comedy” in 2016 and again in 2018.

In 2014 he was cast in a Telenovela called ‘Ashes to Ashes’ for the role of Damian. Damian was a supporting role, that grew over the shows two seasons and on the second and last season of the show he was nominated and won a SAFTA for “Best Supporting Actor in a Soapie\Telenovela” in 2017. When the channel commissioned a new Telanovela he was offered the opportunity to continue with his character on the new show called Broken Vows and he grabbed the opportunity with both hands and was nominated again for “Best Supporting Actor in a Soapie\ Telenovela” in 2018.

2018 Mandla went back to The Market Theatre to do a play titled ‘My Hole, My Home’, a two hander about two Homeless men surviving the streets of Johannesburg, Directed by Phala O Phala and written by John Ledwaba. In 2019 Mandla was invited by an Danish Independent Theatre Production Company, ‘Fix & Foxy’  to be part of a collaborative show between the Danish Company and 7 South African Actors called ‘Dark Noon’ , which won the ‘Reumert Special Prize – 2020’

As an actor Mandla believes that his role is to shift the conversation, around what ever subject, from the head to the heart, from words to feelings. If he can get you, as a viewer, to laugh or to empathize or even just to emotionally connect with a character that is different from you…. Then he knows he can proudly take a bow and continue to call himself an actor.