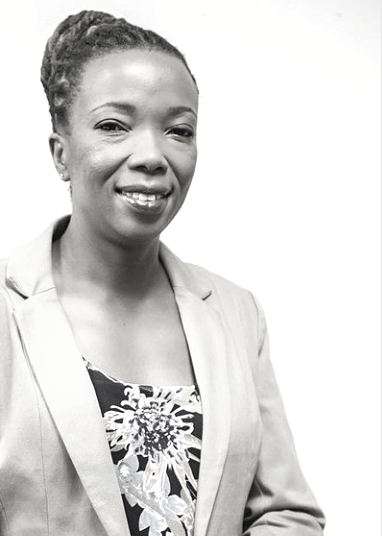 Mmabatho is a Dramatic Arts Graduate from the University of Witwatersrand where she studied Dramatic Theory, Theatre, Practice Scenography, Drama and Film. A professional actress and script writer, she is also Executive Director of Afroville media, an independent audio-visual production company.

Mmabatho Mogomotsi is a South African actress best known for her leading television roles as Botshelo in the Heartlines film The Other Woman (2006), and as Harriet Khanyi in the medical drama series Hillside, from 2006-2008. Other television productions she has acted in include Dark Angels, Yizo Yizo, Zero Tolerance, Homecoming, Mponeng, Crossing the Line and Izoso Connexion.

In 2008 she appeared in the feature film Mafrika (also known as Surprise! in the UK), playing the role of Maria, the Head Nurse.

She played the role of The Speaker, taking over from Connie Chiume, in the second season of the SABC2 drama series 90 Plein Street.