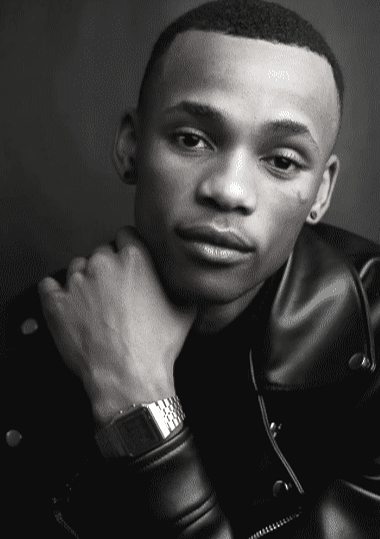 Mpho Thando Sibeko, age 26 born and raised in Johannesburg is an actor who has been in the industry since 2006. He played a ‘Young Simba’ in the theatre production ‘Lion King.’ Soon after, the actor made his way into the television industry which led to him getting a role on Etv's ‘4Play: Sex Tips For Girls’ playing a high school teen named ‘Azwi.’ Mpho pursued his acting dream further exploring drama in high school till 2012. In 2013 Mpho enrolled into The South African School of Motion Picture Medium & Live Performance also known as AFDA. In June 2013, he landed a role on Etv's ‘Rhythm City’ playing ‘JT’, this lead to a leading role in a feature film titled 'Detroit Dream' playing the role of a young man from Detroit who had relocated to South Africa in hopes of finding an investor who can help him make the first colour televion but is challenged by his health when he finds out he is suffering from leukaemia.

In 2014 Mpho landed himself in SABC 2 sitcom ‘Gauteng Maboneng’ where he played a character named ‘Mo’, the dim-witted jock from next door.

Early 2015 he then moved onto an Etv Telenovela 'Gold Diggers' playing a supporting lead ‘Lucky Gumede’, after the first season, he featured in a commercial for 'Granola Bar' which was to air in Paris.

In 2016 he was part of BET's 3 part series titled 'Madiba' as ‘Thembi Mandela’, Nelson Mandela's his first born son. Later that year he continued with the second season of ‘Gold Diggers’ which took him to 2017.

He is currently on Mzansi Magic’s series titled 'iNumber Number'