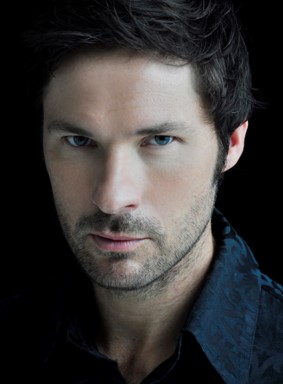 He has also been described by critics as one of the best of his generation and well equipped to perform internationally.

Born in Kuilsrivier, Van Jaarsveld and his family moved to Johannesburg soon after he was born. He attended Aucklandpark primary where he was head boy and wrote his matric at Hoërskool Linden after spending a year at Paul Roos Gymnasium.

Neels completed a BA with drama at Stellenbosch University after which he began to act professionally.

At the end of his 3rd year he started working with the theatre company Vleis, Rys & Aartappels which was founded by Saartjie Botha, Jaco Bouwer & Marthinus Basson and was later given the title of ‘Die Golden Child of South African theatre’ after his stellar uncanny reincarnation of the poet Uys Krige for which he was awarded best newcomer at the KKNK.

Interestingly enough the theme of ‘Uys’ stayed with him making a comeback in the revolutionary ‘Altyd Jonker’ playing Krige.

It was however the Klipdrift ‘Met Ys ja’ advertisement that turned Van Jaarsveld into a household name.

Van Jaarsveld has been a main credited cast member on many television programmes such as Fynskrif, Spreeus, Dwaalster,

With a reach of over a 100 000+ people on social media he is also a valuable asset regarding brand growth, advertising power, social influence & connectivity.

Always reinventing himself and striving for the best results Van Jaarsveld is a valuable part to any project.