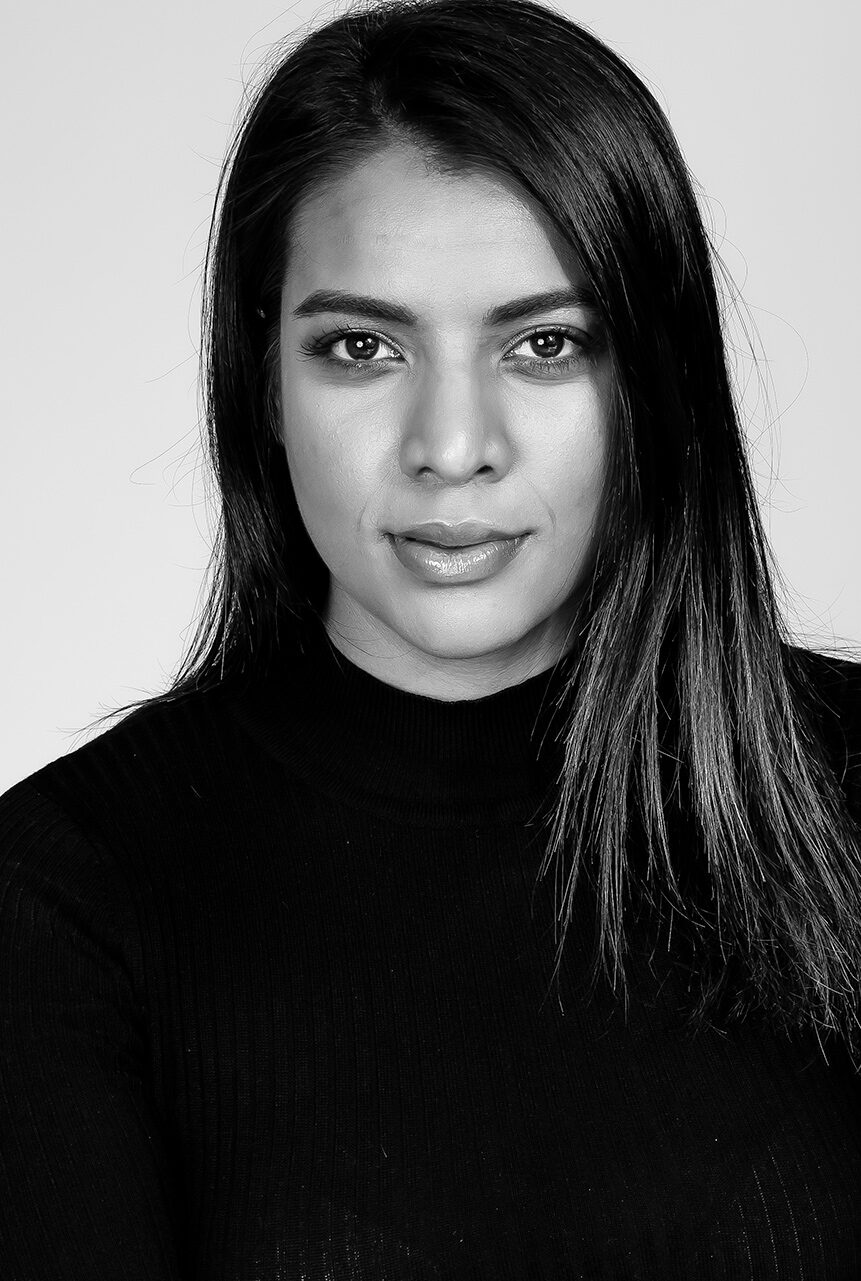 Shaleeni Ranchhod is an actress hailing from South Africa.

From a very early age, Shaleeni discovered a passion for the performing arts. She started singing and playing a variety of instruments, such as piano and violin, at only two years of age. It wasn’t too long until she mastered these instruments, and at the age of ten, she was a member of The Kingswood College junior and senior orchestras. At thirteen, she was playing violin for the Eastern Cape Opera Company and at fifteen she joined the Eastern Cape Youth Philharmonic Orchestra.

As her mother was a Prima Ballerina and her father is a South African State Politician Shaleeni had the opportunity of performing for highly esteemed people such as Nelson Mandela, President Jacob Zuma, and His Royal Highness Prince Burns Ncamashe, among many others.

Throughout her career, Shaleeni has performed in many different theatrical projects, such as Mamma Mia, Footloose, and off-Broadway productions of The Wedding Singer and Seth’s Cabaret Show.

Her television and film career includes roles in Orange Is the New Black, Mysteries of Laura, Lucifer, Teenage Mutant Ninja Turtles, Black Mirror, Walk The Walk, and the web series 12 Months of June, to mention but a few.

Shaleeni has also had the pleasure of working alongside Academy award-winning and nominated actors like Jodie Foster, Mindy Kalling, and Tom Ellis.