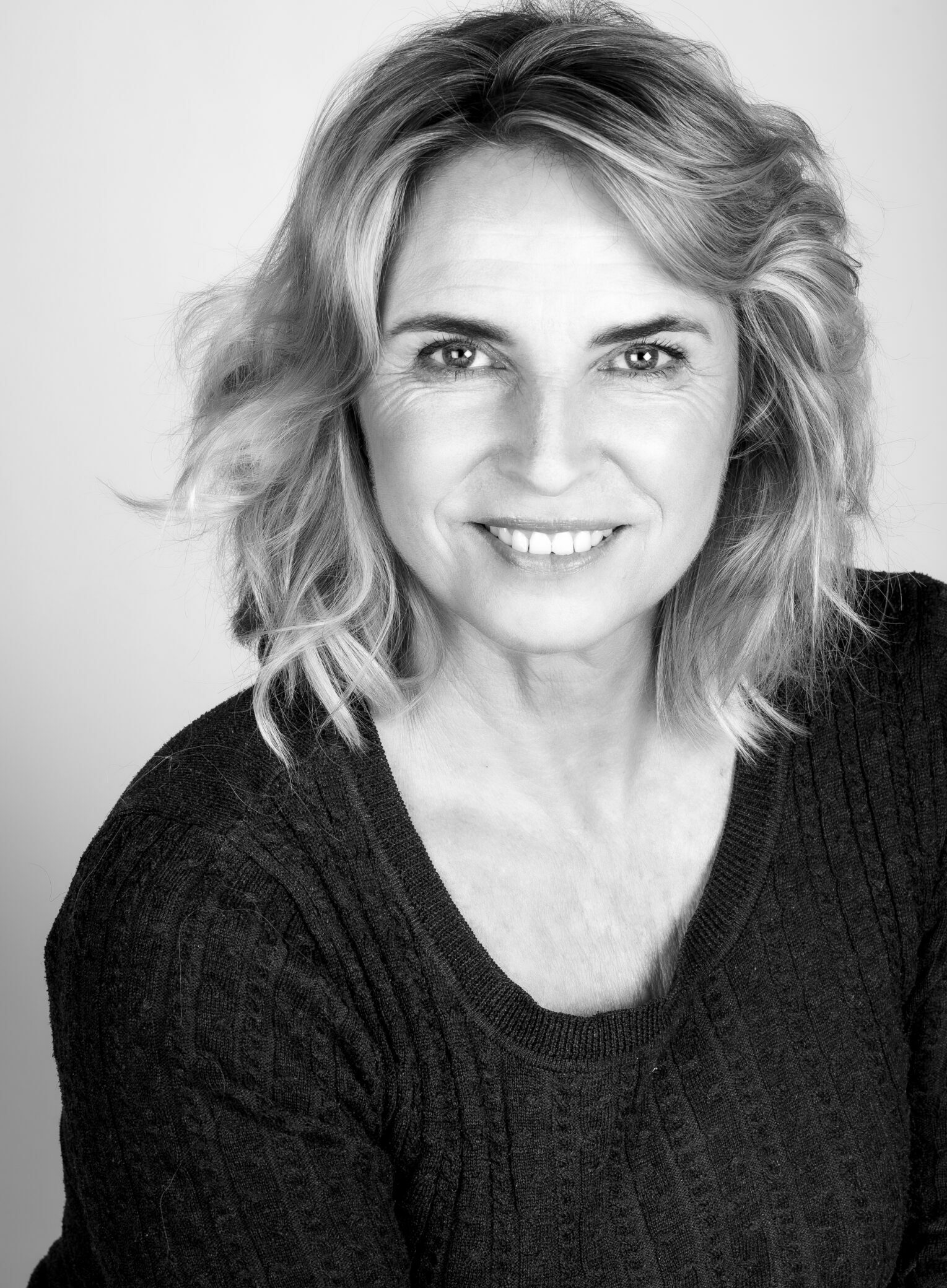 After many years of running her own drama studio, she returned to the stage with her self-written solo show 'So You Want To Be A Trophy Wife?'(2016).  This rekindled a love for live performance.  Theatre projects include Vday performance of The Vagina Monologues (2018/19 – Sugar-daddy Productions); Mrs Du Bois in Curl Up and Dye (NAF);  Dario Fo’s A Woman Alone directed by Margot Wood of Anex Theatre.

After a discussion with Mike Van Graan, Sue secured the rights to produce his hit show, Two To Tango, with Paul Du Toit as Andy and Sue as Lisa.  Two To Tango was directed by Ira Blanckenberg.  Van Graan revised the script to make it into a more programmable length for festivals (2019) and the show had successful runs at The Drama Factory, NAF and Hilton Arts Festival.  A revamped version of So You Want To Be A Trophy Wife? made its 2020 debut on the virtual NAF platform, under the careful direction of Wynne Bredenkamp.  This was followed by a short run at The Drama Factory and 44 On Long at the end of 2020.

As the owner of a new theatre space in Somerset West (The Drama Factory) Sue is involved in mentoring programmes for young actors and is committed to ensuring a safe and affordable space for new work to see the light of day.  This includes the technical aspects of running a theatre.  She runs a small drama school specializing in LAMDA examination work and spends a great deal of time adjudicating various Eisteddfods and competitions.