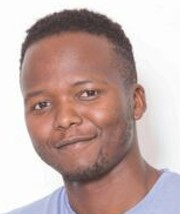 Thabo Andrew Rametsi II was born in Durban,Umlazi section D and then moved to a mining village in the Vaal called Betha Village and then Kempton Park. Discovered acting in primary school encouraged by his math teacher. Pursued acting after school while studing law and received his break through reality show called Class Act.

Has since featured on television shows like the British series Wild at Heart as David and a well received performance as Marine Brandon Bryce on the ever so popular American series Homeland. He has graced the stage in plays directed by James Ncgobo and his mentor and acting coach Dorothy Ann Gould to whom he swears undying allegiance to. His film career has seen him share the screen with the likes of Meryl Streep and Jeff Bridges in The Giver and play the starring role in the upcoming biographical epic Kalushi: The Story of Solomon Mahlangu.

He most recently played a suppoorting role in a BBC film entitled Gamechangers which was lead by Daniel Radcliffe. The film focused on the TV game Grand theft Auto.

It was here that the likes of an American agent from New York, Benjamin Carnegie took interest in Mr Rametsi which saw him become part of the agency Innovative artists, which represents some of the finest Hollywood stars.

A producer,director and writer as well he has won the audience choice award for his short film ,Now, at the 24 hour festival and was runner up for the international travel documentry competition World Nomad Journals which he directed,wrote and presented. He is also a music video director and has worked with some of S.A’s breakout artists. A voice over artist with a nack for impressions and accents. He has voiced from the likes of Barack Obama, Nelson Mandela to Young Shaka Zulu in an animated show.