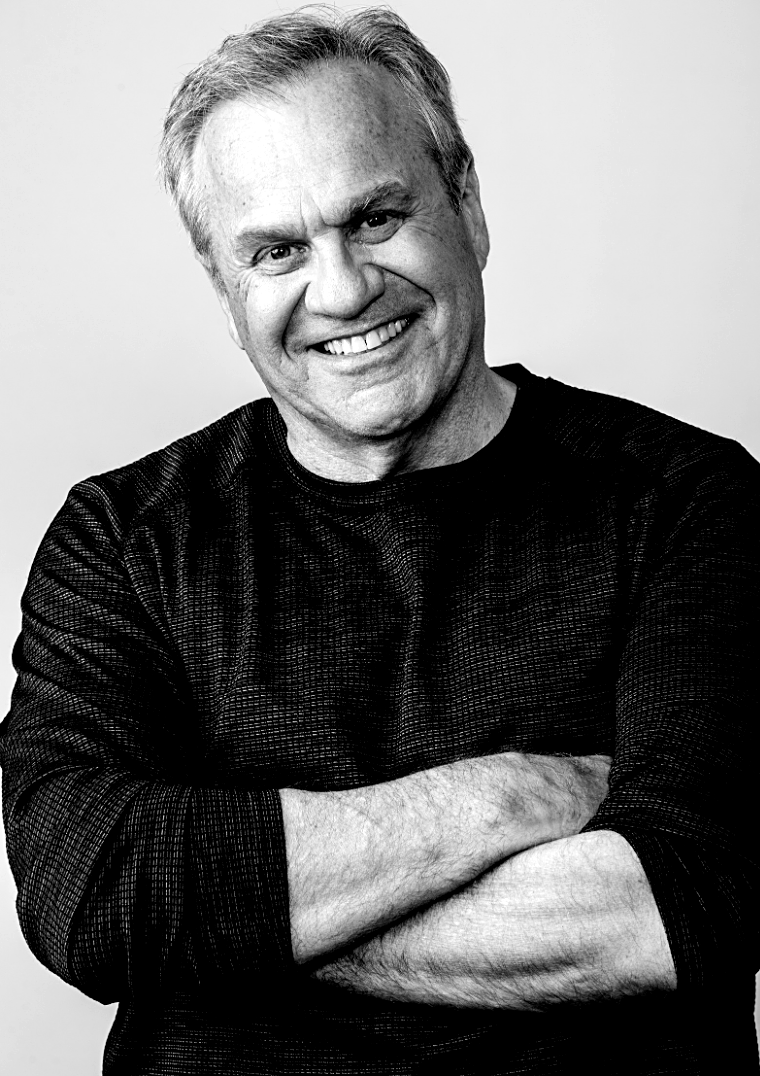 Tim has become one of the most sought after actors in South Africa, equally at home in drama or comedy.  He is a dancer, humourist, director, writer and producer.  From his first leading role in 1978 in the comedy, “Happy Birthday”, Tim has remained at the very top of the acting world for over 30 years with numerous awards and unique achievements that set him apart from the rest.

He has starred in such diverse comedies as “Two Into One” (Fleur du Cap Award Best Actor), “Doubles” (Vita Comedy Award for Best Actor), “Heel Against the Head” (Vita Award Best Director) and of course, the play he is most remembered for, “Defending the Caveman” (Vita Award for Best Comedy Actor), which re-wrote theatre history by breaking all SA show records. Tim decided to hang up his caveman skins after 9 ½ yrs and 1544 sold out performances.

Tim has also starred in numerous musicals, three of his favourites being, “Snoopy!!!”, “Tom Foolery” and “Singin’ in the Rain”.  As a writer, he has penned some memorable plays like “Grin & Bare It”, “Breakfast with Dad”, and “The Insatiables”, which won the Best Play of the Year, SA Comedy Awards.  In addition, Tim has written such TV series as The Carruthers Brothers with Bill Flynn and Pure Plewman for MNET.  He is a prolific voice-over artist and, together with his wife, Cathy, has a highly successful production company which has produced 18 theatre and over 160 corporate productions and videos.

This past June 2013, Tim was acclaimed for his tour de force performance in the one-man play, “The Last Moustache”, written by Greg Viljoen, performed at the Grahamstown Festival and the Market Theatre in Johannesburg. It is the story of an actor forced to play a Hitler double during the last weeks of WWII.

Tim has also written a new play and a book. His one-act play, “Designer Genes XXL – The Return of the Caveman”, is a tongue in cheek look at relationships, helping to unravel the twists and turns of the double helix in men’s complex ‘dance’ with women. “Designer Genes XXL” played to sold out houses in Grahamstown NAF and Hilton festivals in 2014 and is a sure fire, laugh-a-minute hit comedy for events, corporates and theatres.

The book, classically titled “Fitness For Old Farts” and published by Random Struik, has rocketed to No 10 on the best sellers list in SA within the first month of hitting the bookshelves.  It is a very funny book about a serious subject close to Tim’s heart, fitness and health.  Tim is now actively doing motivational speaking engagements countrywide, inspiring the over 50’s to regain fitness, flexibility and fun.

Tim donned the caveman skins once again in 2015 as he is back “Defending the Caveman” and re-creating that endearing caveman we have all grown to love. Never one to sit on his laurels, Tim has recently written a comedy based on his fitness book called “Gym & Tonic: The Memory of an Old Muscle”, which premiered at the NAF 2016 and is now touring South Africa, along with “Defending the Caveman”.