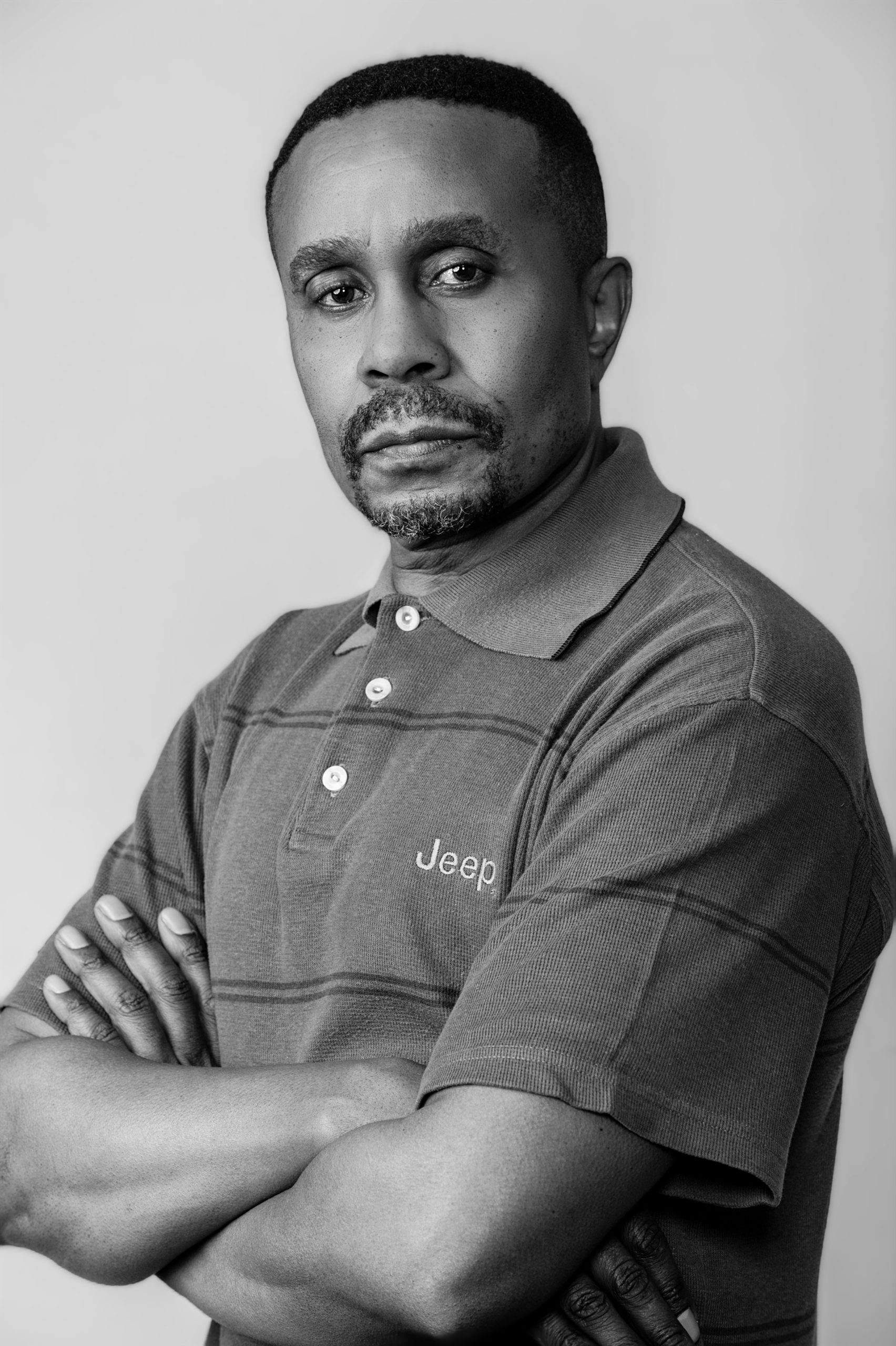 Vusi Kunene is a South African actor best known for his role as villain Jack Mabaso in the soapie Generations. Vusi was born in Meadowlands, north of Soweto in Johannesburg. He was actually born on Friday the 13th, but one of the nurses thought this was bad luck and changed it to the 12th.

Vusi discovered his acting abilities at the Shell Road to Fame School of the Arts, which was set up to assist contestants in preparation for the auditions. In 1991 Vusi decided to pursue acting as a career and registered at the Wits School of Drama, for a Degree in Dramatic Art. There he got the opportunity to perform in numerous student stage dramas, including The Hill, where he was spotted by his future agent Moonyeenn Lee.

During his student career at Wits School of Drama, he was cast in three television films: Drumbeats, directed by Jurgen Shaderburg; The Line, directed by Brian Tilley for Channel Four; and the mini-series Rhodes, directed by David Drury for the BBC. He was also cast in three feature films including the role of Reverend Msimango in Cry the Beloved Country, directed by Darryl Roodt. He was awarded an M-Net All Africa Film Award for Best Supporting Actor and a Zimbabwe-Southern African Film Festival award for Best Performance for his role as Reverend Msimango.

After graduating he landed a role in The Coloured Museum directed by Itumeleng Motsikoe for the Market Theatre. His television career also developed. In 1996 he was cast in Homelands directed by Neal Sundstrom and in 1997 he appeared in Deafening Silence directed by Ettienne De Villiers, both for SABC Television.

In 1996 he was cast in two feature films: Fools directed by Ramadan Suleman, and Kini and Adams (in which he played the lead role of Kini), directed by Idrissa Ouedraogo for Framework, Zimbabwe. In 1998 he was cast in A Reasonable Man directed by Gavin Hood and then The King is Alive, a Dogma production which was directed by Kristian Levring and filmed in Namibia in 1999.

Later film roles included Final Solution (2001) and the made-for-TV movie/mini-series Diamond Hunters, also in 2001. He made a guest appearance in an episode of the sci-fi television series Charlie Jade in the 2005 episode entitled Dirty Laundry (Season 1, Episode 6). He also had a lead role in the second season of a youth drama series Yizo Yizo.

In 2008 he played the role of Doctor Gulubane in the pilot episode of The No. 1 Ladies' Detective Agency, directed by the late Anthony Minghella. He has a starring role in the 10th season of the drama series Soul City, in 2010. He also starred as Bhekifa (Ntshangase) Ngubane, a powerful, self-made scrap metal mogul who also owns a share in a nightclub, in the Mzansi Magic telenovela-turned-soap-opera isiBaya.

In 2014 he featured in the phenomenal Gavin Hood’s Eye in the Sky where is played Major Owiti, a Kenyan National Intelligence agent. Later that year he was on Ayeye which showed on Dstv. In 2015 he joined the team of  Cape Town where he played across Boris Kodjoe as a lawyer.

He then went on to play Tshekedi Khama in Amma Asante’s  A United Kingdom The 20th-century love story of Seretse Khama played by David Oyelowo and Ruth Williams played by Rosamund Pike. The infamous story made headlines across the world after falling in love whilst Seretse Khama was the heir to the chieftainship of the Bamangwato tribe in Botswana. Tshekedi plays David’s father who wasn’t too fond of their relationship.

In 2015 Craig Freimond’s Beyond the River It is based on the story of Piers Cruikshanks of the Dabulamanzi Canoe Club and Siseko Ntondini of the Soweto Canoe and Recreation Club on the famous SA Duzi race. 2016 saw him star in the international film A United Kingdom, which has won numerous awards and nominations.

Vusi has also received various awards, most notably his Golden Horn award for best lead actor in a soap.