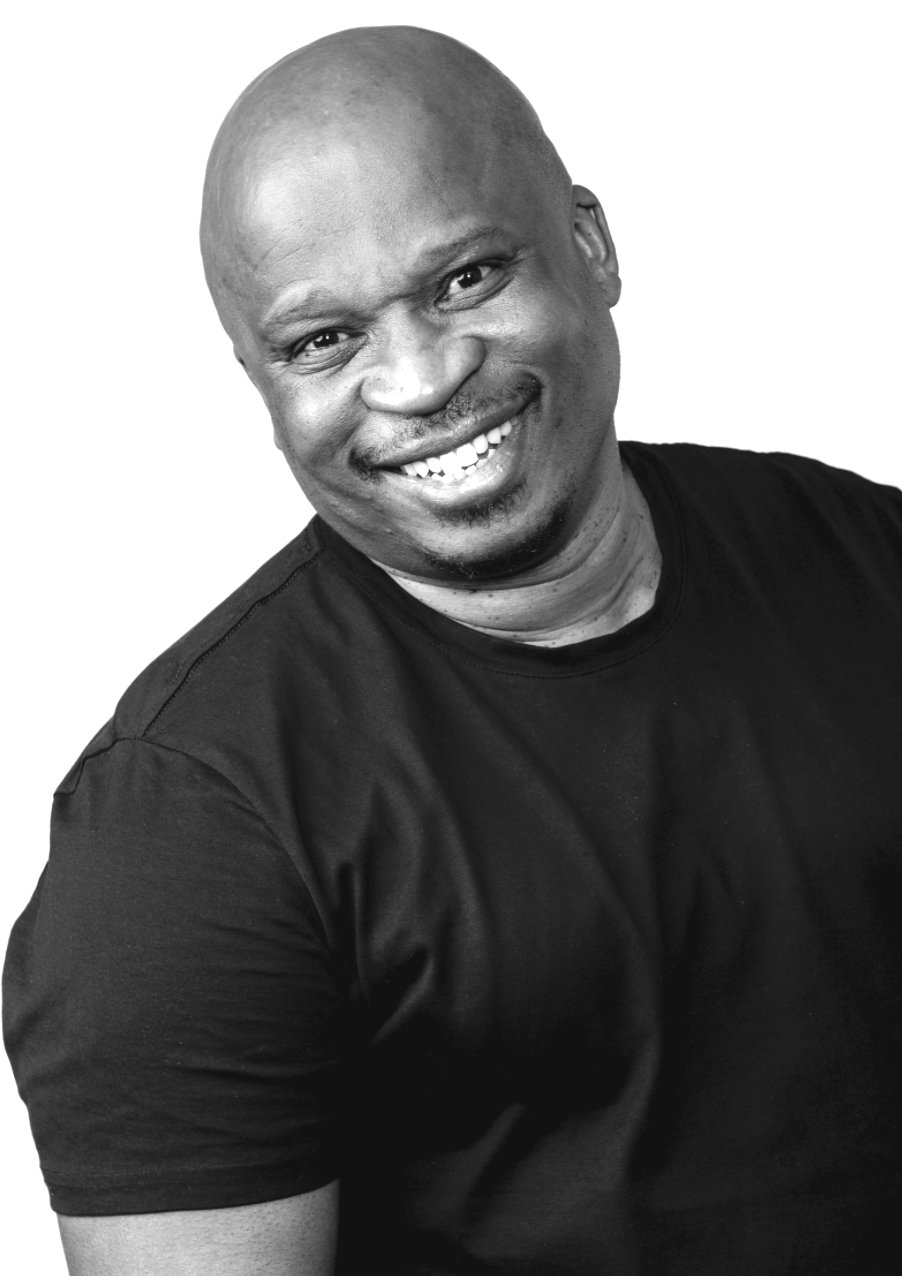 Desmond Dube is a South African singer, actor, mime artist and entertainer. He is known for his work in The No. 1 Ladies' Detective Agency, Hotel Rwanda, Friends Indeed, Suburban Bliss and Joburg Blues.

He is a trained theatrical actor and has appeared in both commercial and street theatre. On stage, he played the lead in Jozi Jozi, Peto and the musical Street Sisters. He appeared in industrial theatre productions for Eskom, Siyabonga and the AIDS Show. He is best known for his role in the "Amaglugglug" commercial for SASOL.

Dube starred in the feature film Inside and Tarzan: The Epic Adventures and starred alongside Leon Schuster in Panic Mechanic and Millennium Menace.

His latest work includes the Netflix series How to 'Ruin Christmas - The Wedding and he is starring in Janice Honeyman's pantomime, Cinderella, as one of the ugly sisters.