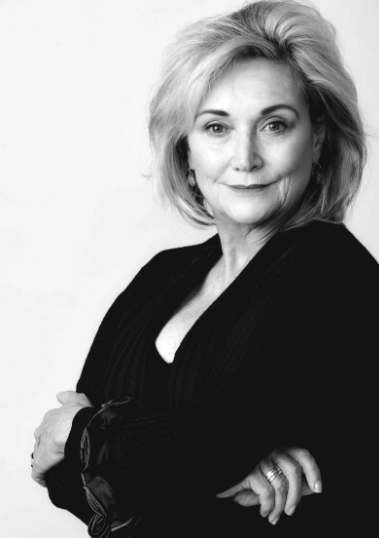 Fiona Ramsay is one of South Africa’s leading actresses, working locally and overseas. A doyenne of the South African performing arts industry, over the course of 40 years her award-winning professional career has successfully spanned across film, television and theatre. She is also a lecturer at Wits University and is the founder of Speakeasy Vocal Academy where she specialises as a dialogue and dialect coach and runs vocal empowerment workshops.

Fiona's TV credit's include the feisty, hard bitten news editor Dorothy Wilcox in SABC3's Hard Copy and the human rights lawyer Kate Hansen in Justice For All.  She's also appeared in Hapgood, Stolen Lives, Arende III, Sorted and Grace - one of the films in the Heartlines Series.

In 2006 she directed the theatre musical Gugu Mzimba - The Spirit of Gerard Sekoto and in 2005 she directed Barney's Women - a tribute to Simon Barney - the former Artistic Director and founder of the Market Theatre. She recently received a Durban award for Best Director for her production of Nunsense.

Fiona is starring in the new South African thriller, Lioness, due to air in January 2021.