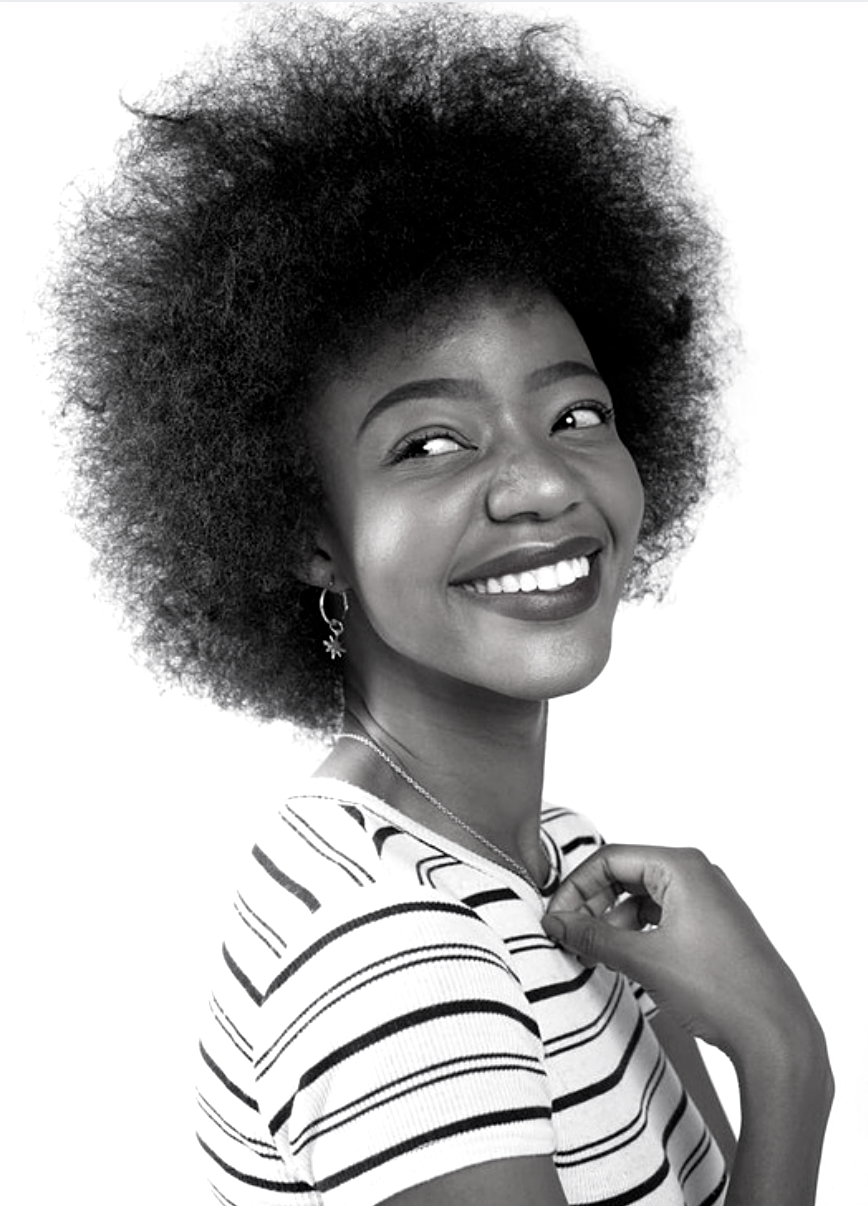 Hazel !Garus-Oas (Hazel Conchata), was born and raised in Namibia, Southern Africa. She first fell in love with performance arts through dance, she did classical ballet for 9 years, during this time her passion for acting developed and she has been in love with art ever since. Her first real acting experience was in 2012, she was one of 40 High School students that were selected from city-wide auditions to partake in a holiday art programme. It was a four-week arts course with the aim of creating a showcase that consisted of acting, dance, music and spoken word.  Hazel did the programme for two consecutive years, with leading roles in both years. The final product was showcased at the National Theatre of Namibia.

In 2014, after completing High School, Hazel was cast in her first mature theatre production There’s Just No Pleasing Bob Daniels, Hazel played the role of Beauty, a free-spirited, ditzy twenty-something year old that was overly clingy and obsessed with her appearance. At the end of 2014, she was cast in her first television series, Don’t Kiss and Tell, the series followed the lives of six high school students trying to navigate their growing pains and outgrow past trauma. Hazel was cast as Nangula, an over-achieving straight-A student that was overly protective of her friends but also oblivious to their struggles. The show aired in 2015 on the Namibian Broadcasting Corporation (NBC).

In 2016, Hazel starred in her second TV series, Dreamers playing Florence. Due to a lack of funding, the show only aired in late 2020 on NBC. In late 2017, Hazel appeared in her second theatre production Scorned, where she played the role of a therapist who was having an affair with her patient’s husband, an affair that ended in tragedy.

In 2018, Hazel starred in a sitcom The Polanas, where she played the role of Vanessa “Nessa” Polana. The sitcom was a marketing campaign for Namib Mills a manufacturing company in Namibia, it was promoting their pasta brand Pasta Polana. The sitcom aired on NBC in October 2018, and all 10 episodes are available on Youtube.