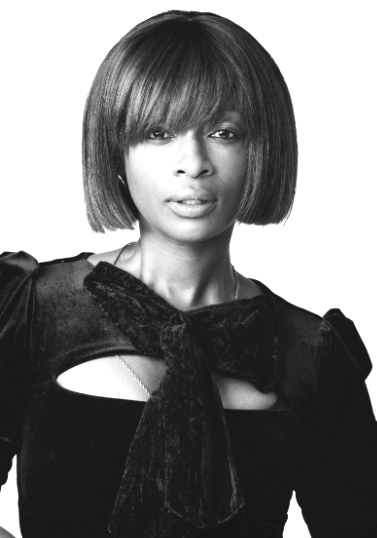 Hlubi Mboya is a South African actress and AIDS ambassador best known for her role as Nandipha Sithole on the SABC3 soapie Isidingo. She made her film debut in 2006, in the South African short film Shogun Khumalo is Dying. Hlubi has graced the covers of several South African magazines including True Love, and Glamour. Most notably, Elle , Hlubi was the first black cover woman (non-model). She has also been ranked in five editions of FHM magazine's 100 Sexiest Women In The World.

The celebrated actress isn’t on set, she is training her toned body (runs, cycles and is a firm believer in healthy eating) and busy advocating for equality, as an activist. She is passionate about equality and making sure young black women across Africa have access to necessities. She’s the executive director of Future CEOs, a non-profit organisation that helps up-and-coming businesspeople with business management and career development.

One of the projects she’s most passionate about is Sisters Working in Film and Television (Swift), a South African-based non-profit organisation for women in film and television. The organisation was formed to address patriarchy and the lack of equity and equality in the industry. She’s one of the founding members. Their main aim is to make sure women have equal rights in the entertainment industry. Other fellow actors have thrown their weight behind the project, which also tackles sexual harassment in the industry. The organisation was launched at the Durban International Film Festival and Durban FilmMart in 2016. This year Swift, together with the department of trade and industry, sent an all-female delegation to attend the Berlin International Film Festival.

Over and above, Hlubi’s film career has flourished. She received the best actors SAFTA Award for her portrayal of a drug addictive single mother in Dora’s Peace. She’s gone on to star in another Donovan Marsh film tackling human trafficking called, I Am All Girls and more recently as the lead in the film, Darryn's Gym (2021).