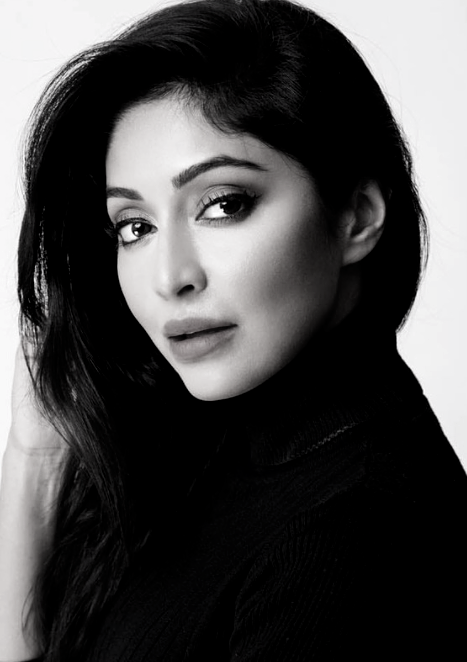 Kajal has over the years become a class act on South African screens with her presence and talent. A creative soul who also happened to have a keen interest in numbers. After completing her Bcom Honours in Accounting, Auditing, Tax and Managerial Finance she decided to pursue her passion in the world of performing arts. Her love for the performing arts began as a young shy girl who is now meticulously trained in various dance styles having trained in SA, India and the UK.

Bombay Crush, the west end styled Bollywood musical produced by Anant Singh’s Videovision and Sun International was the turning point for Kajal after she bagged the role of the lead actress starring opposite Indian TV star Gaurav Chopra. She then went on to star in several theatre productions, both dramas and musicals.

By chance, Kajal entered the world of television presenting. She started off with Dharma moments (sabc2) and was then selected as a finalist in the very first Top Billing presenter search. Soon after she successfully joined the Eastern Mosaic team as their new vivacious roving presenter followed by her anchor role on Mela until 2016.

She has a deep love for film with many screen credits. Her most recent cinematic release is 3 Days To Go (FigJam Entertainment) a family dramedy on which she is the casting director, co-producer and part of the ensemble cast. For streaming networks and television, she played the role of struggle stalwart Amina Cachalia in MADIBA (with Lawrence Fishburne and Terry Pheto) fo BET Network and Vinaya the Villain in Blue Ice’s mini-series The Indian Detective on CTV and NETFLIX worldwide with Russell Peters, Anupam Kher and William Shatner.

Kajal now sees her passion for film, people and business take the starlet behind the camera as she works on innovative projects in the pipeline under her production and casting company Imagine Worx. Clients include EGG films, Oglivy, Fort, Christa Schamberger, Donavan Marsh, BOMB Productions to name a few. Kajal has recently completed as the casting director for period film Kings of Mulberry Street directed by Judy Naidoo, currently in cinemas.

Being a committed individual when it comes to the development and nurturing of the arts she is a former board member of PANSA (the Performing Arts Network of South Africa) & theatre company Catalina Unlimited. She was selected as a speaker for financial literacy and wealth inspirational talks with Sanlam Wealthsmiths and the Sanlam Foundation. She firmly believes in the importance of building people up and actively supporting aspiring female entrepreneurs and young industry professionals. She does this by sharing her experiences, and knowledge as well as collaborating to foster growth and experience all round.

Kajal’s passion for animals sees her assisting rescue organisations where possible. She is an advocate of rescue adoptions, sustainable living and environmental consciousness. She enjoys travelling, cooking, history, and spending time at home with her family and friends. She resides in South Africa with her husband, two dogs and now new baby.