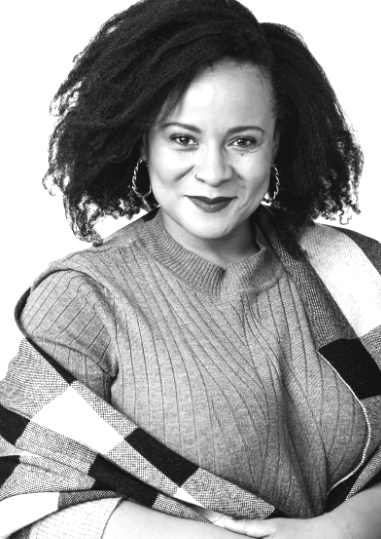 An award-winning poet, author, presenter, actress, and producer, Lebo Mashile is a South African household name who is most recognisable for her lyrical and gutsy poetry which has captivated audiences in 28 countries over the last two decades.

Venus vs Modernity: The Life of Saartjie Baartman marks Mashile’s first foray into penning a full length theatrical production the play has been performed to sell out audiences in Johannesburg and in Amsterdam. Mashile has previously acted in the Academy-award nominated film Hotel Rwanda, the stage adaptation of K. Sello Duiker’s The Quiet Violence of Dreams, as well as Ngyidansa, the stage adaptation of Pamela Nomvete’s autobiography by the same name. She also collaborated with renowned choreographer and founder of Moving into Dance Mophathong, Sylvia Glasser, on Threads, a fusion of contemporary dance and poetry.

Mashile won the NOMA Award for Publishing in Africa in 2006 for her premier collection In A Ribbon of Rhythm (Oshun) which was also published in German by Wunderhorn. In 2008 she released Flying Above the Sky, her second book of poetry. Her writing has been referenced in academic journals, has appeared in literary journals as well as mainstream publications, and is taught in high schools and tertiary institutions across South Africa. As a recording artist, Mashile has two studio albums under her belt, Lebo Mashile Live! (2006) and Moya (2017).

The poet shot to national fame as the presenter and producer of travel documentary series L’atitude (SABC1). She also presented Drawing The Line (SABC2) and Great Expectations (Etv). For the past three years, she has been the voice of CNN’s Inside Africa.