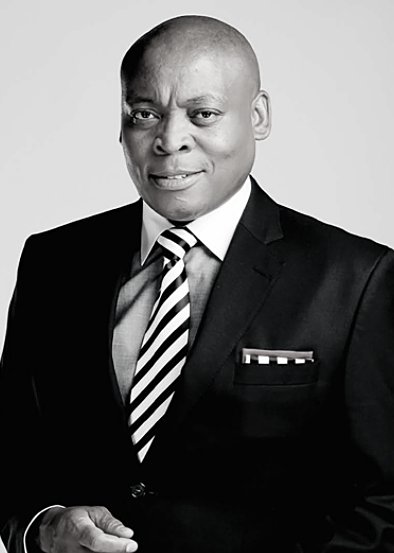 Rapulana Seiphemo is a South African actor best known for his leading roles in three soapies: as Godlieb Mofokeng in Isidingo, as Tau Mogale in Generations and as Pheko Mokoena in Muvhango.

Seiphemo was born in 1967, in Meadowlands, Soweto. In 1989 he starred in My Children, My Africa, directed and written by Athol Fugard. The play toured South Africa and England. In 1991 he went to the US where he studied towards a BA in Theatre Arts. When he returned to South Africa in 1995 he started teaching at Fuba Academy, before moving on to the Sibikwa Community Theatre Group in 1996, and becoming a Wits University tutor in 1997.

He featured in several productions, including The Merchant of Venice (1991), Saturday Night at the Palace written by Paul Slabolepszy (1993), the Piano Lesson written by August Wilson (1996), The Blacks directed by Ultza and Martin Duncan, which showcased both locally and in Stockholm's Stadteatren. Rapulana also appeared in several television dramas and big screen films. He starred in the soapie Isidingo for three years (1998-2001); Rhythm and Rights, a TV docu-drama directed by Oliver Schmidt (1995); Deafening Silence, a TV mini-series directed by Etienne De Villiers (1996); Jump the Gun, a feature film directed by Les Blair (1996); Tarzan and Jane, directed by Carl Schenkel (1997); and Highjack Stories (2000), a film directed by Oliver Schmidt which received an official selection at the Cannes Film Festival in 2001. He also had a lead role in Akin Omotoso's God is African, and played the role of John Dube in the Oscar-winning movie Tsotsi, directed by Gavin van den Bergh.

Rapulana has directed several stage productions including Athol Fugard's Master Harold and the Boys (at the Market Theatre in 1998) and Five Past Two at the Sibikwa Community Theatre (1996). He won the 2002 Duku Duku Award in the category Best Actor in a Soapie, for his portrayal of Tau Mogale in Generations (2002-2006). Since 2006 he has played the role of Pheko Mokoena, the long-lost son of Tshepo Mokoena, on the SABC2 soapie Muvhango. He was also a producer on the SABC1 drama series Mzansi. In 2007 he appeared in the South African film Jerusalema, which was released in October.

He was a judge on the SABC1 reality competition television series Class Act, since 2010. He also hosted the SABC1 reality game show Ambush, in 2010. Rapulana started in the hit show Tjovitjo season 1. He has currently returned to the popular soap Generations The Legacy, joining an all star cast.