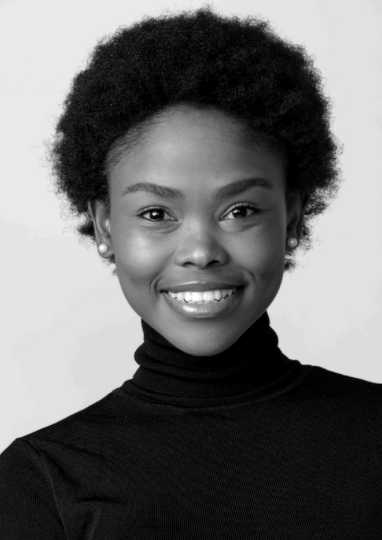 A charismatic, devoted and versatile young South African actress with a passion for storytelling. Zizipho graduated from the University of Cape Town, with a National Diploma in Theatre and Performance.

She has a background in both stage and television acting.

Her previous projects include; her final year performance directed by Mandla Mbothwe 'Iyazika', a play that commemorates the sinking of the Mendi ship and the men that perished. During her time at UCT some of the roles she played include; Desdemona in William Shakespeare's ‘Othello’ which was directed by Claire Watling and Geoffrey Hyland.  She played Thembsi, in Barney Simon's 'Cincinnati' directed by Jacqui Singer.  She played the role of a sixteen-year-old, Mercedes, in Fatima Dike's 'So What's New' directed by Clare Stopford and Rehane Abrahams. With her diploma she received Nguni acting training from Mfundo Tshazibane and Mandla Mbothwe.

Moreover, she has experience in modelling. She booked her first job in her first year playing a young sister in an Inecto television commercial. In 2017 she graced our screens for her first acting debut on the hit drama television series, Nkululeko on Mzansi Magic where she played Pinkie.

Zizipho is currently in a local soapie, Generations.